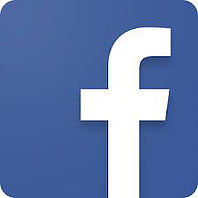 Facebook is always looking to give users more relevant information. They are always trying to serve you posts that you want to see. A while back, Facebook did away with the linear timeline and started showing you more posts that they felt were along the lines of what you would want to see.

Once again, they will be sifting through posts and putting items they feel you would be interested in at the top of the feed. “News Feed will begin to look at both the probability that you would want to see the story at the top of your feed and the probability that you will like, comment on, click or share a story. We will rank stories higher in feed which we think people might take action on, and which people might want to see near the top of their News Feed.” Facebook stated.

This change was not decided by Facebook alone. They gathered survey results from users and found that users wanted more quality posts. Facebook went on to say that this change should not affect posts for business pages. “The impact of these changes on a story’s distribution will vary depending on the composition of your audience and your posting activity,” Facebook said. “Pages might see some declines in referral traffic if the rate at which their stories are clicked on does not match how much people report wanting to see those stories near the top of their News Feed.

This update helps rebalance those two factors, so people are seeing relevant stories to them.”One bit of advice would be that page admins might not want to encourage a high amount of clicks on posts because it could cause a temporary spike in metrics that might be rebalanced by the feed’s ranking over time.