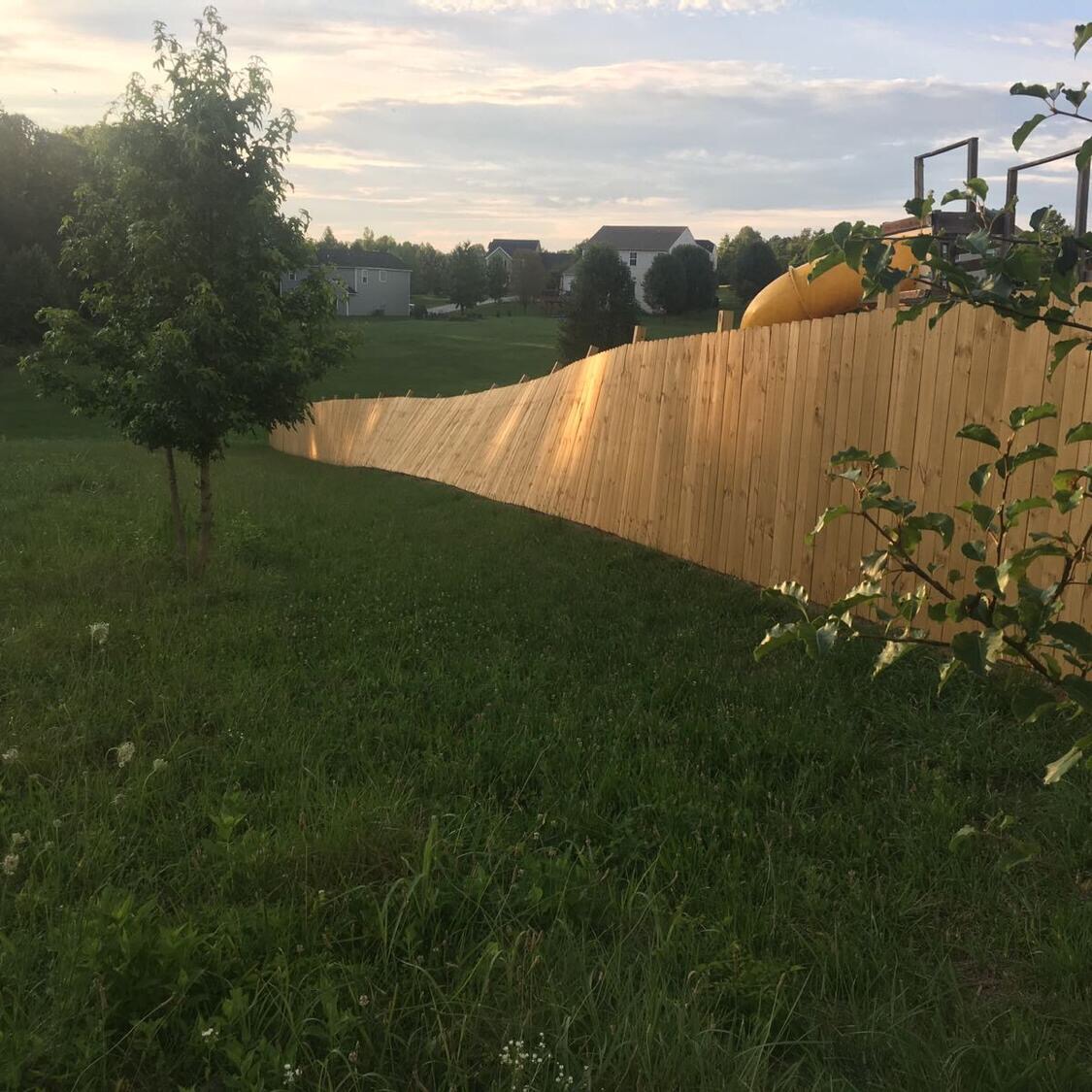 Earlier this year, I decided to install a privacy fence on our property. The area to to be fenced in was about 720 linear feet. We spent a few months researching what type of fence we wanted and started to obtain quotes from contractors for a six foot pine wood privacy fence.

We received quotes of varied costs from $11k to $18k for a full install. Since I have worked numerous years as a landscaper and also owned my own landscape company, I was used to doing some construction, so we decided to have someone install 108 posts and also set gates for our fence to lower the overall cost. We wanted to install the rails and pickets ourselves.

I found a local contractor, Lannie “Tink” Jones through posts on a few Facebook Groups that I belong to and asked him for an estimate. He came out and gave us a quote of $11k to install the whole fence and $3k to install the posts and fabricate four gates for us.

I briefly did some research and found that he was insured and had a good amount of positive reviews, so we hired Tink to install the posts and the gates. It was when we needed to provide the deposit when the concerns started to arise.

Tink wanted me to make the check out to him personally and not his company. He has numerous excuses as to why and was insulted when I questioned it. I did not think much of it and moved forward, which was a mistake.

What should have taken him a couple of days to install the posts, took much longer. He would show up for a few hours each day and was very sporadic with his schedule. Once he did complete the posts, he asked me to install the rails asap so that he can hang the gates, so he can get paid the balance. He said that the concrete was cured.

We then waited a couple of weeks and installed the rails and the pickets and were happy with the results. Fast forward one month and things took a turn for the worse. A storm rolled through and the wind pushed sections of the fence on two sides so that they were leaning.

I contacted Tink and he came out to assess the problem. He informed me that the concrete did not fully cure, even though it has been a month. He said that the problem was not his fault or mine, but with the concrete.

After investigating further, each post was installed at about a ~14 depth and each post had 40 pounds of concrete or less. The label of a 40 pound bag of concrete states that two or three bags should be used and the posts should have been buried closer to two feet for a six foot fence. Regardless, Tink should have taken responsibility for this disaster

The only compromise that Tink was willing to agree upon was to help reset the posts. He told me that I was responsible for buying the materials, which included lumber and concrete. This was going to be costly as far as time and money.

After reluctantly agreeing, I found it difficult to arrange for Tink to come out and assist. First of all, I am not sure why I needed to be there, since by now, I have finished a majority of the work alone.

He would always say he would be available depending on what day I needed him, then when I would propose days, he would not be able to commit. Given, he did come for two hours for one day.

It had now been two months since the damaged occurred and Tink assisted with three post replacements compared to my twelve. I still have eleven more to go (total of 26) and Tink wants to blame everything but himself for the damage: lack of time, or lack of responsibility.

I feel that Tink could have handled this situation better, but chose not to. I went back and found that he has done work through Tink Jones Construction and Pheonix Builders where he has BBB complaints and negative reviews on his work. I wish I would have known this earlier.

My book, The ABCs of the Customer Journey: A Beginner’s Guide to Automation, Branding, and Customer Service has a few examples of bad customer service, but this takes the cake. Elsewhere in my book, there are positive and uplifting stories of excellent customer service, which should have been the case here. I understand that things happen that are out of our control, but I was left to deal with the after effects of a bad install.

The facts are that the posts were not installed deep enough and not enough concrete was used to ensure that the fence would withstand wind or any other pressure. Tink will argue that I installed the rest of the fence too soon and that the concrete did not fully set. He said that he has never seen anything like this, but there is a first time for everything, and he should have tried to make this customer happy. I was not asking for much, just a fence that would not end up leaning over.

I now have faith in the posts that I personally set because I am using 80 pounds or more of concrete in each hole that is deeper than Tink dug out.

My advice to you is to make sure that you thoroughly research any contractors that you are thinking of using for your projects. If I would have looked a little deeper, I would have found more reasons not to hire Tink Jones. This would not have been an issue if Tink would have just came out and helped repair the fence.